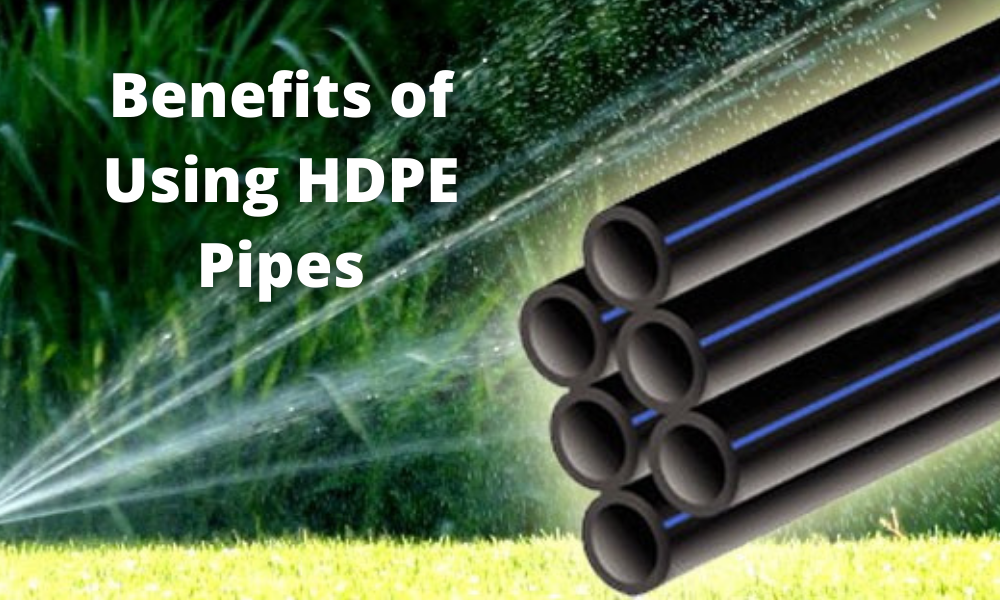 High-Density Polyethylene Pipe, better known as HDPE pipe, is a thermoplastic pipe that is made from a material that can be melted and transformed. The key advantage of using the High-Density Polyethylene Pipe is that this kind of pipe is durable, flexible, rigid, and has an adaptive nature. Another benefit that this pipe offers is excellent chemical and stress resistance which is essential in different applications. The usage of the HDPE pipe has increased in the last 50 years as it is far better than any other pipe available in the market and has a considerable lifespan. There are different suppliers and a huge HDPE pipe fittings manufacturer circle that deal with different types of pipes that you can get at an affordable price from a reliable seller anywhere in the world.

Here are some of the main advantages that come with the use of the High-Density Polyethylene Pipe in different applications.

The typical problem that often erupts when using different types of metal pipes is the minimum resistance against stress and fatigue, which leads to untimely malfunctioning of the piping systems. The advantage that the High-Density Polyethylene Pipe offers is the flexibility and adaptive nature that helps in providing a considerable amount of resistance against stress and fatigue. The pipe is designed to handle a different number of pressure levels and can withstand stress to a great extent. The feature helps the pipe to be used in different hydro-distribution networks without causing any problem or any signs of untimely malfunctioning.

The prevention against corrosion and rust is unavoidable in the case of different metal piping systems, which makes them unusable in different cases. The key advantage of the High-Density Polyethylene pipes is that they are made to last and are highly resistant against all kinds of corrosion and rust that might come as a result of temperature change or moisture. The resistance that this type of pipe offers against biological growth offers cost-effectiveness and a longer lifespan allowing them to be used in multiple applications without causing any problems. They have evolved over a brief period of time, and now manufacturers have found ways to put different kinds of coating on the surface of High-Density Polyethylene Pipes, so there is no need to replace them for several years.

The High-Density Polyethylene Pipe uses better quality joints that prevent the occasional leaking in a piping system. The noticeable edge that the HDPE pipes enjoy is the ability of the HDPE piping systems to be joined by using methods such as heat fusion to ensure permanent leak-free joints in a complex piping system. The joints are an important part of some piping systems as they are used to lock different flowing mechanisms for several years, so it's crucial that no leakage takes place after the piping system is erected.

Adaptability is significant when it comes to different HDPE piping systems that are used in different applications. Apart from using the heat fusion methods to be brought together in a functional system, they can also be joined by using various mechanical and traditional ways. The adaptability allows them to be used in a wide array of applications, and that is the reason why they have been a go-to solution for various uses for more than half of the century. The manufacturers provide a wide range of options in different categories that results in enhanced quality and better joining capabilities in an HDPE piping system. It should be noted that they can also use different types of welding solutions to be brought together according to the requirements of an application.

HDPE pipe can be installed using trenchless technology under different development-related projects such as rivers, lakes, creeks, roads, or right-of-ways without interrupting daily routine in many cases. The easy installation of the pipes has made them the most used metal piping systems when it comes to different long-lasting development ventures around the world. The benefit that they offer in terms of the lifespan also makes them an ideal choice for large-scale public-centric projects in different smart city ventures.